This was the idea: that the McMillan Sand Filtration Site in Northwest DC could be the perfect union of public utility and public space. It would meet the city’s burgeoning water needs while simultaneously offering local residents an over-sized and carefully manicured backyard, a public park on the grandest of scales designed by renowned City Beautiful architect Frederick Law Olmsted, Jr. It was an idea both bold and of its time, and now, in our time, all that remains are the ruins.

The first thing you notice about the McMillan Sand Filtration Site is the vast, open green space. In a neighborhood otherwise typified by its small, tightly packed houses, twenty-five acres of green crab grass extend from North Capitol Street to First Street Northwest. Weeds have crept in over the intervening century, and the concrete of the promenades and grand staircases have cracked, but this still feels like the kind of place you’d want to spend some time.

City Beautiful has become city vacant, keeping up with the latest fashion in post-industrial America. If you try, you can almost imagine the neighborhood kids darting in the cool spray of the towering McMillan fountain that once stood here, now dismembered and transplanted, sadly. They are chattering mirthfully in sing-song voices, improvising some elaborate variation on stickball amongst the grid of manhole covers that speckle the field like rusted red polka dots. 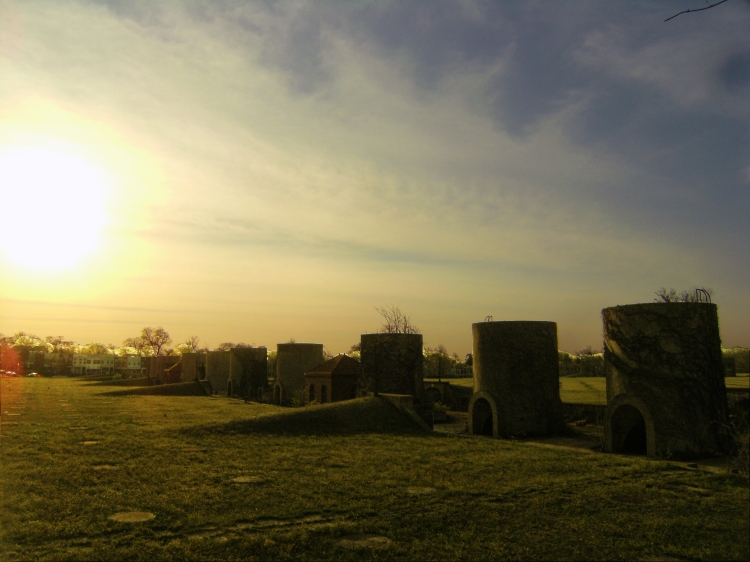 Multi-story concrete hoppers once held massive quantities of sand and now stand empty, covered in summer months with a prodigious web of ivy and vines. Great wooden doors, now decaying on their hinges, stand high over the cracked promenade. Some have rotted completely free, laying before gaping black cave-mouths – yawning entrances to some sublevel of the Earth. They open up on a whole other world, where Olmsted’s form gives way to industrial-scale municipal function. Each arched doorway leads down a great concrete ramp into one of twenty vaulted filter cell catacombs that lie below the surface – the sand filtration system which, for several generations, supplied the District with clean drinking water.

The temperature down here is noticeably cooler, and moisture hangs heavy in the still air. My boots splash through mud puddles, the sound echoing back to me a moment later off the far wall. Though the ceiling is only about ten feet overhead, the overall scale of this chamber is truly staggering – easily comparable in volume to one of the larger Metro stations, but with all the lights out. The manhole covers that dot the lawn above – the boys’ bases in their bygone ball game – were once used to replenish the sand that lines the floor of this chamber. From down here, it’s easy to see which covers have gone missing over the years – a shower of light pours into the pitch dark, beckoning me to its warmth.

But as we peer through the chain link fence, looking upon the McMillan Sand Filtration Site in its hobbled, faded glory, in what are very likely its final days, let’s not forget that first, original germ of an idea: that a single space can serve the public good on multiple levels all at once, all without an anchor store or subterranean parking garage in sight. The McMillan Sand Filtration Site stands as a triumph of municipal design – a triumph whose time has seemingly passed. But perhaps more optimistically, we can hope that it is a triumph whose time has will come again. If ideas have an afterlife, maybe the elegant integration of form and function embodied here still has a chance in some future, more urbanist America.

Catch your last glimpse of this distinctive part of DC history before it disappears forever.

An extensive redevelopment plan has been approved by the zoning commission.  Catch your last glimpse of this distinctive part of DC history before it disappears forever. 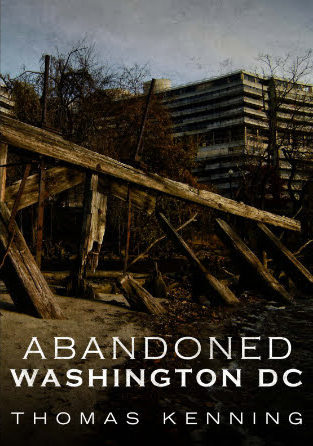 Abandoned Washington DC – Get the whole picture with more than 350 never-before-seen full-color photos of DC in decay, accompanied by essays and stories of urban exploration in the nation’s capital. Glossy, heavyweight pages, suitable for any coffee table or bookshelf. This is DCinruins the way it was meant to be seen.